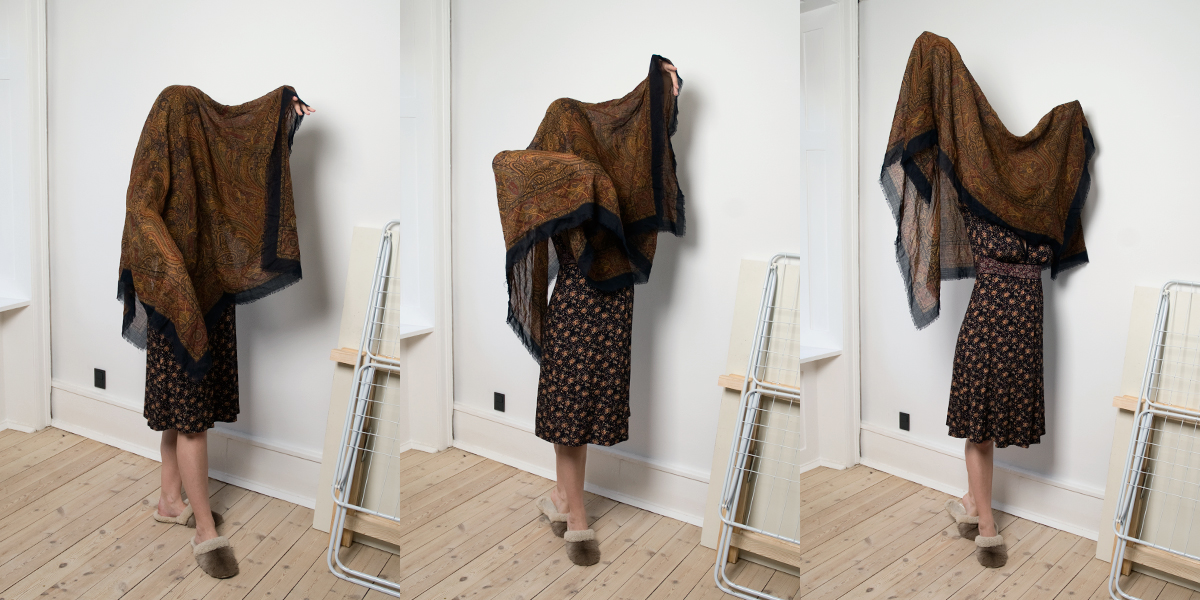 Reading Photography Theory – The Art Seminar (2007) I was surprised to discover that many of the academic contributors seemed to lack practical experience as photographers, and thus failed to understand many things about photography which I took for granted, including questions of subjectivity and to what extend photographs show reality. In this blogpost I take a quick look at art historian Margaret Iversen’s contribution to the book, which centers on Performance Photography and what it might tell us about the relationship between photography, reality and the question of indexicality. (More on this in my previous blogpost The index and the loss of reality)

Margaret Iversen looks at an idea of Performative Photography to try and rethink photography. She suggests that photography can be a future oriented, narrated, subjective account of reality, rather than simply a slice of past reality. Her text “Following Pieces: On Performative Photography” starts with the shadow as an indexical sign, simultaneous and undetachable from the object it doubles  and “less a representation of an object than the effect of an event.”

Iversen quotes Denis Hollier’s 1978 article “Surrealist Precipitales: Shadows Don’t Cast Shadows” to explain how the literary equivalent of the cast shadow is the first person, because they both indicate the object. Writing in the first person is seen as a more direct linking with (subjective) reality, escaping the false search for a rational truth. An example of this is André Breton’s book Nadja (1928), since it’s a first person accunt of Bretons own experiences. The book is illustrated with photographs, tying the text together with reality, documenting the story. Iversen sees this as a reinventing the photographic index, turning the photograph into a hybrid type of sign: part index, part icon.

According to Iversen, this hybrid form of the photograph can be uncoupled, and certain types of photographs, like artist Man Ray’s rayographs, can be seen as “a residue of an experience” rather than an emanation from a past reality. Contrary to this idea of the photograph as a trace of something that has passed, in Performative Photography, the camera instead becomes an instrument of human experience, including the discovery, tracking and recording of a contemporary event. Like Breton in Nadja, the photograph follows the event, not knowing the conclusion in advance.

Iversen uses Jeff Wall’s essay Marks of Indifference (1995) to further elaborate on the idea of performative realism. According to Iversen, artists since the 1960s have sought to redefine the image through photography, spurning the idea of recording a preexisting object or situation in favor of using the camera as an instrument of experimentation and exploration, for instance using photography as a means to document the process of following random strangers through the city: “Photography is thus conceived, not as a melancholic “that-has-been”, but more as a future oriented and interrogative “what-will-be?” Iversen finds that the act of photography can thus be seen as a performative gesture – not simply a pointing at an event in the world – but a subjective tracing of an event, containing an odd displacement of the self.

Iversen’s new idea of photography and the index thus suggests that photographs are less concerned with objects, and more with events, and that it is a future oriented, narrated, subjective account of reality rather than a slice of the past.

Photographs are thus nolonger a Barthesian means for connecting with the past, but in stead become a means for exploring the moment, while pointing into the future. But this still doesn’t answer my question about how useful or necessary the concept of the index is in explaining the relationship between photography and reality. More on that in the next blogpost.